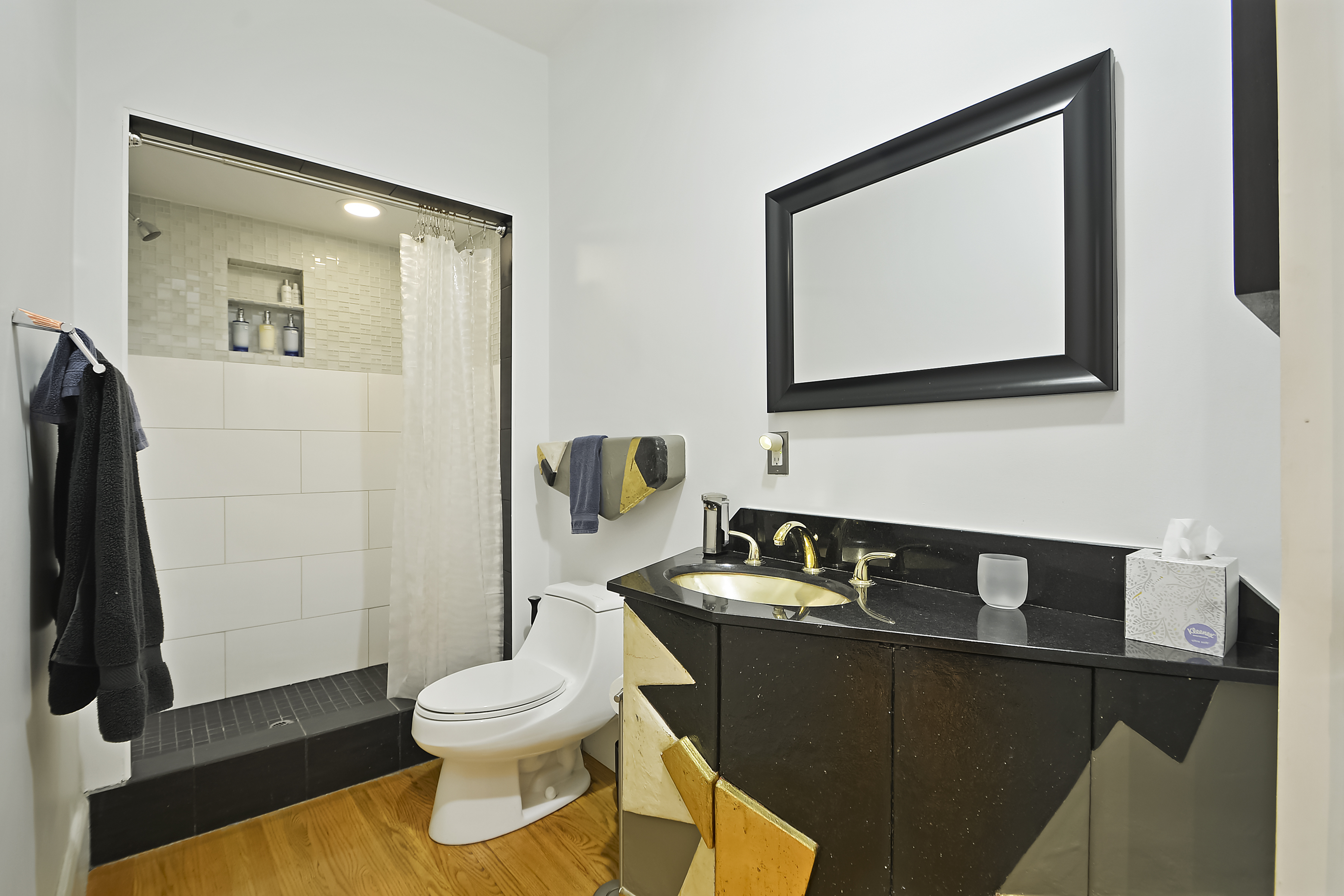 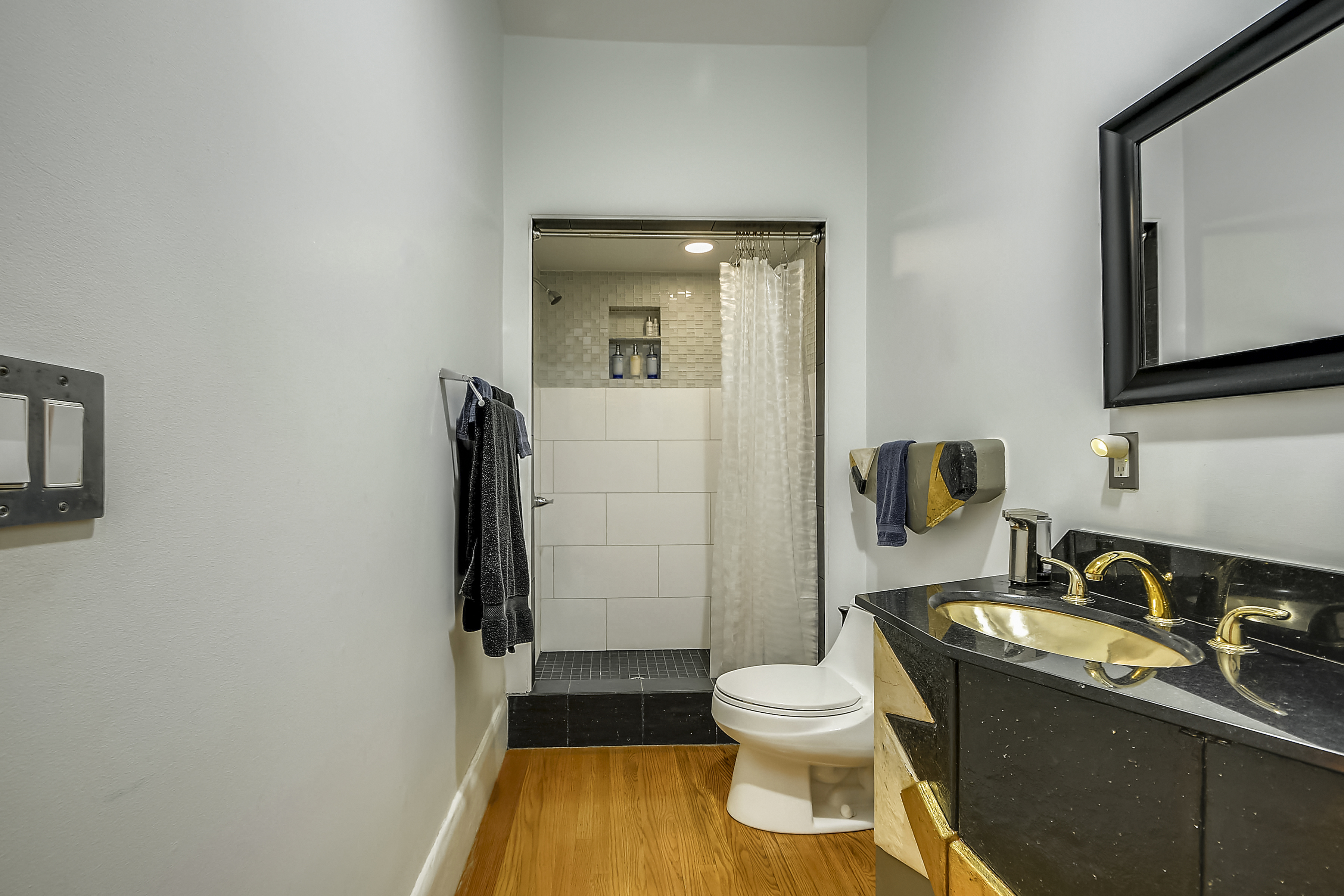 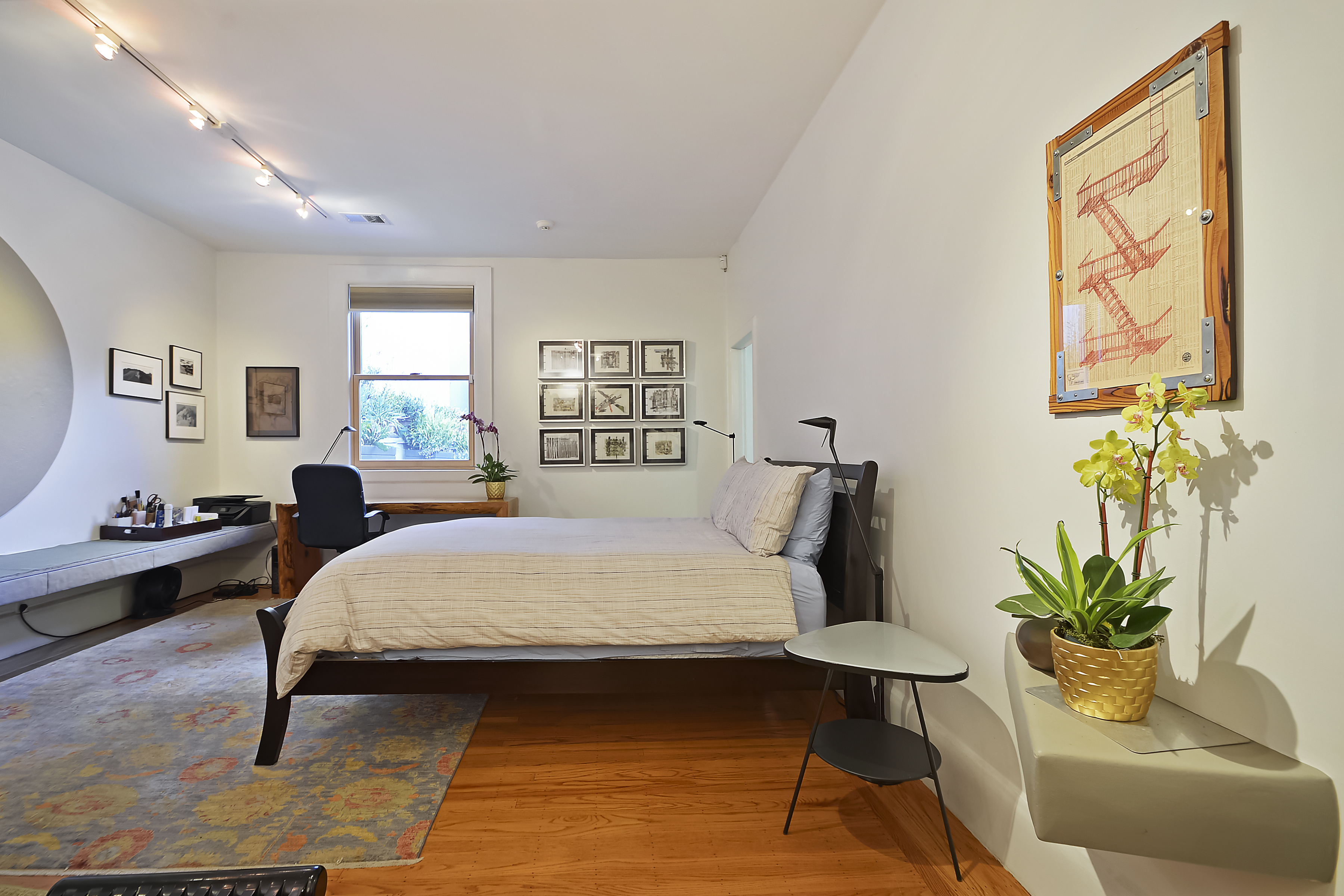 Beautiful loft located on lower Nob Hill.  Cable Car, Union Square and Fisherman's Wharf are within walking distance.  Great international restaurants, shopping and theaters close by.  There is a private garage, and the house has easy access to Marin and Chrissy Field.

This is a brick building from 1914 that has been updated for the 21st Century.  This property was home to renowned interior designer Robert Hutchinson for nearly 50 years.  Mr. Hutchinson bought the property in 1961 and turned the first floor into his studio, while he lived upstairs.  The second story, where you will be staying, has seen many designs over the years.  Once, it was Chinese red, another time it was black.  When it was featured in Architectural Digest in 1986, the walls and ceilings were tan and the flat was filled with tribal art from around the globe.  There will be vintage magazines on site that show the projects of Mr. Hutchinson.

Upon inheriting this home in 2008, the property was retrofitted for earthquakes, all electrical was modernized, and two retail spaces reimagined from 2009-2011.  Presently, the home blends extraordinary pieces by Robert Hutchinson with a mid-century modern, urban vibe.  This original furniture by Mr. Hutchinson includes the dining room table, the black couch, the petrified wood display table, and the kitchen and bedroom tables.  Also, as the house was being remodeled, many elements were preserved from the '86 design, namely, the master bedroom suite with fireplace, the entryway and vanities in both bathrooms.

The flat is just over 2,000 square feet.  There is an enormous master suite and a smaller guest bedroom. The living room is spacious and the kitchen is state of the art.  There are two full baths and a roof top deck with orchids and succulent plants.

* Please note: Included in the cleaning fee price is damage waiver coverage in place of a traditional damage deposit so you can have a carefree stay.

Translate the description into English
Show Original
Translate by Google from

This is an estimated cost, please check final price before paying.

We do not recommend offline visitations. You will obtain the host’s contact information once the booking has been successfully completed

D. $ we collected from guest is refundable until 30 days prior arrival

A feeling of home anywhere you go

Your browser is out of date!

Update your browser to view this website correctly.Update my browser now